Feb 16, 2020
How A Minimum Viable Product Can Help You Test Your Next Big Business Idea 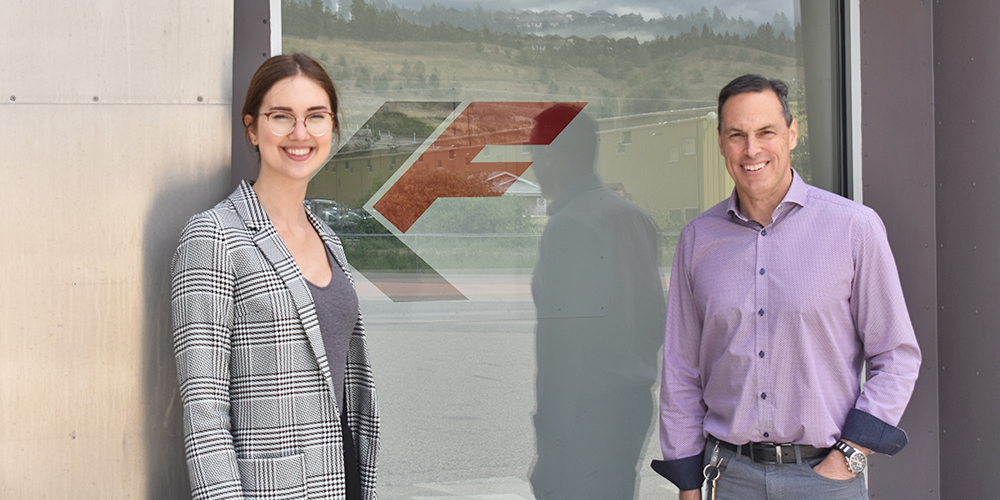 A year away from their 50th anniversary, KF Aerospace has made a name for themselves across the globe for delivering quality, innovative service for commercial, cargo and military aircraft. But here in Kelowna where the company is headquartered, “KF” is known as one of the largest employers in the city and a key player in recruiting and training young talent to fill their growing need for skilled workers.

We recently took a quick tour with Grant Stevens, Vice President of Corporate Services, and Julie Whittet, Communications Coordinator, to see the facility just north of the Kelowna Airport and check out some of the projects they are working on.

We started by making our way through the first of several massive hangars, this one with an aircraft from Iceland being taken apart for maintenance. Seeing the huge plane exposed with its nuts and bolts on full display was fascinating, but what really struck us was how enthusiastic the staff were to show us what they were working on. The pride in what they were doing was palpable – these were skilled professionals trained to do something unique, for a company that is one of only a handful to do what they do in the world. 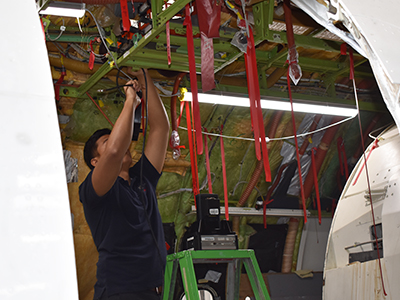 Stevens explained to us that the sentiment is shared across KF.

“Our team has an ability to solve problems that others cannot. We can do structural repairs and modifications that nobody else in Canada can and have a reputation of getting projects done on time and on budget.”

As we moved along, it became clear to us that KF is trying to keep up with their own success. Already at four locations and with a workforce more than 1,000 strong, the demand for what they do is growing faster than they can train workers to do it.

Six years ago, KF partnered with Okanagan College to offer direct, hands-on training paths for Aircraft Maintenance Engineers (AMEs). As Stevens explains, KF had originally committed to hiring at least half the graduates out of the OC program, but in the last few years they’d hired all of them as soon as they graduated.

“We are very fortunate to have great industry partners like Okanagan College who help us meet our expansion needs with eager students and quality training,” says Stevens. “We worked with them for two years to double the number of graduating classes in the Okanagan.” 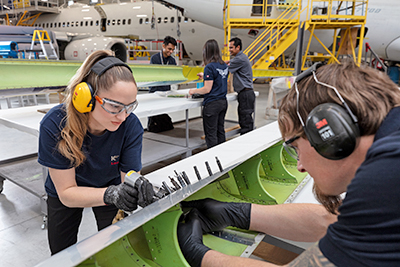 We got a chance to meet several of these recent graduates and new hires, from engineers to painters, to electronics specialists to sheet metal workers. Stevens says that as the company has grown, they’ve added the capacity to do things they didn’t anticipate even a few short years ago. KF Aerospace is no longer just doing aircraft maintenance – they also develop and manufacture specialty parts, equipment and software directly in-house, including their project management program that allows clients to login and track projects in real-time.

We wrapped up the tour in the front lobby (with airplane chairs in the waiting room of course). Our main takeaway from the visit was that this was a company creating tremendous opportunity in Kelowna, especially for young people who might be considering a skilled trade. However, as KF continues to grow, opportunities will certainly be extended to all areas of the business – HR, accountants, business specialists and more will be needed in KF’s future.

At its heart, KF is a family company started in 1970 by Barry LaPointe (who was also recently inducted into the Canadian Aviation Hall of Fame). He doesn’t accept payment in pies anymore, but KF still keeps that “all-for-one” approach as they forge ahead into the future. In fact, KF employees enjoy equalized annual bonuses, meaning everyone in the company shares in the company’s success. Judging by what we saw, continued success for this Kelowna Chamber member is cleared for takeoff.

The Kelowna Chamber of Commerce would like to thank Grant Stevens, Julie Whittet and the staff at KF Aerospace for their time and continued membership. You can learn more about KF Aerospace on their website.