Never in Canadian history has such an abstruse issue of public finance so dominated the election campaign.


Even before the government announced a $1.9-billion surplus for 2014-2015, each party was using the issue as a powerful symbol.


The NDP emphasize their commitment to running a balanced budget as a way of showing responsibility and seriousness (and they're willing to raise taxes to do it.) The Liberals are skeptical the surplus exists at all, saying it depends on gimmicks, like the sale of GM shares, and they promise three years of deficits to show they care more about the economy. But for the Conservatives, the surplus is everything; the key to their re-election strategy.


It's difficult to claim you're a great economic manager in the midst of a recession, but a surplus shows you're at least doing something right. The government has struggled mightily to balance the budget. When it cut the GST by 2% starting in 2006, a $14-billion hole was left in the budget, and it took years of tough spending cuts to return to balance. Then in 2009, the global economy fell into the worst recession since the 1930s, and the G-7 leaders agreed that fiscal stimulus was needed. The government was dragged, reluctantly, into spending vast sums, $35 billion, to stimulate the economy. Since then, it has been in cost control mode --freezing staffing levels and squeezing departmental budgets.


The surplus is a great achievement, but it may not be the ideal medicine right now. If you believe the Bank of Canada's claim that the economy is so 'atrocious' that it requires the stimulus of two interest rate cuts, then it's strange that the government would be simultaneously pulling money out of the economy by running surpluses.


Fiscal and monetary policies are now pulling in opposite directions. Whoever is in power will find it difficult to balance the budget next year. In July, Canada's Parliamentary Budget Officer projected that the $1.9-billion surplus would actually become a deficit of $1.5 billion-and that was before Canada went into recession. If we take the government's own budget assumptions, that every 1% decline in real GDP represents a $4.1- billion hit to the bottom line, and we apply a more realistic GDP growth number of 0.7%, Canada should end up with a deficit of $3 billion in 2015-2016. But this would be a tiny rounding error on the $290-billion budget and just 0.15% of GDP, far below Europe (2.9%) and the U.S. (2.8%). 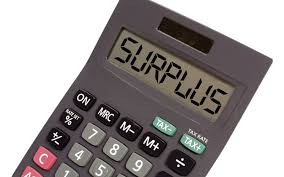 As long as Canada's nominal GDP growth is 3-4% and the deficit remains comfortably below that, then debt-to-GDP will shrink over time. And right now, the government can borrow 10-year money at the ultra-low rate of 1.44%.


At the Kelowna Chamber of Commerce and the national level, we have always advocated for balanced budgets because we worry deficits will grow and swell whenever governments stop worrying about them.


Senior Director, Hendrik Brakel, heads up the Canadian Chamber of Commerce Economic, Financial & Tax Policy area. His thoughtful insights state that, "Canadian businesses also need the infrastructure to get their products to world markets. They need technology and the most highly skilled workers in the world. They need access to capital, particularly for fast-growing startups."

The point is that a surplus shouldn't be the Holy Grail, so long as budgets are balanced over the medium term. We also need to make some smart investments, because thriving companies and their employees pay many of the taxes.