Back to the Future: Alcohol and Interprovincial Trade Barriers 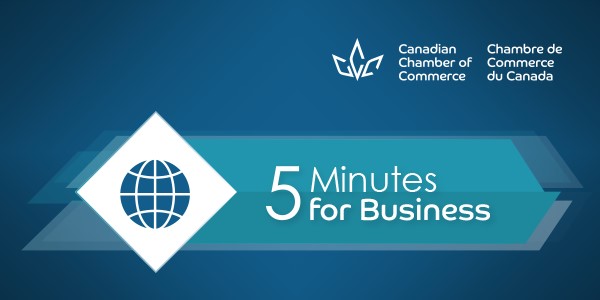 Buckle up, let’s hop in the time machine and take a spin back to July 2017. Canadians are celebrating Canada’s 150th anniversary of Confederation, and businesses are trying to decipher the new Canadian Free Trade Agreement (CFTA) that had just been enacted following two years of federal-provincial-territorial negotiations. The result of these negotiations was an agreement that was, in their words not ours, “a comprehensive set of rules that will help achieve a modern and competitive economic union for all Canadians.”

As the CFTA was coming into force, there were signs this comprehensive set of rules was not all it was cracked up to be. During the CFTA negotiations, provinces and territories could not agree on opening up Canada’s archaic interprovincial alcohol rules and specifically excluded them from the agreement. Instead, they announced the creation of an alcohol beverages working group to assess options for liberalizing trade in alcohol.

Okay, back in the time machine we go. It is July 2018 in beautiful Saint Andrews, New Brunswick, where premiers are meeting to consider the recommendations from 12 months of negotiations by the working group. At this time, the provinces are only three months removed from the Supreme Court ruling in R. v. Comeau, which upheld that provinces and territories have broad constitutional authority to enact traderestricting legislation.

We were an intervener in this case and argued before the Supreme Court for a modern interpretation of our constitution that would guarantee free trade among the provinces and territories. Fresh off the Supreme Court’s ruling preserving internal trade restrictions that the provinces had argued for, surely they would be eager to demonstrate to businesses and consumers that they were ready to take action on their own terms to liberalize alcohol trade, right? Wrong.

During its year of meetings, the alcoholic beverages working group could not agree to ease the rules limiting the amount of alcohol Canadians can bring across provincial borders or to allow for direct-to-consumer alcohol purchases between provinces. Instead, premiers agreed in principle to increase personal exemption limits when crossing provincial/ territorial boundaries.

They also “directed ministers to consider options to increase consumer choice and access to alcoholic beverages, and ensure that any proposed changes be done in a socially and fiscally responsible way.” As our President and CEO Perrin Beatty outlined in an op-ed with the Canadian Vintners Association afterwards, this progress was not a policy breakthrough for consumers or for Canadian wineries.

Next stop in our time machine is December 2018 in Montreal, Québec, where the premiers are meeting yet again to demonstrate “progress” in reducing interprovincial trade barriers. A meeting June 13, 2019 2 only five months after the last must surely mean there was a big breakthrough in alcohol negotiations, right? Wrong. At the meeting, premiers reiterated that provinces and territories were moving to address personal exemption limits for individual transport and announced they were “developing an action plan to enhance trade in alcoholic beverages.” Their announcement also confidently stated that, “premiers have tasked responsible ministers with overseeing the timely implementation of this plan.”

Here we go, back in the time machine to a few weeks ago. It is May 2019, and the federal, provincial and territorial internal trade ministers are meeting again to unveil more “progress” on alcohol trade. Surely, this is finally the moment we would get glimpse of what “timely implementation” of a plan to liberalize alcohol trade would look like, right? Wrong.

Instead, ministers announced that governments had agreed to adopt the “action plan” alluded to in the previous meeting. The action plan includes a potpourri of bold commitments such as “developing an online bilingual information hub” for alcohol manufacturers, provinces and territories working “to make basic information on pricing policies for alcoholic beverages publicly available” and a “technically-focused working group to assess the feasibility of direct-toconsumer sales.”

For those less familiar with the dialect of internal trade speak, “action plan” translates loosely to “we cannot agree to anything major and will continue to kick this can down the road until our next meeting and next action plan.”

You might not have seen any news coverage of the May 2019 meeting because there was barely any. Why should consumers and businesses pay any more attention to the perpetual promise machine that is interprovincial alcohol negotiations? Why should we have any confidence in CFTA if after years of negotiations, our governments still cannot agree to let us order a case of wine or beer from out of province? Because the stakes are too high.

In the face of overwhelming bureaucratic inertia and a lack of political leadership, the business community will continue to propose constructive solutions to Canada’s internal trade malaise. As part of our 2019 Vote Prosperity election platform, we are calling for a full review of the CFTA to establish an agreement that allows for actual free trade in this country.

From July 9 to 11, just a few weeks from now, the Council of the Federation will meet in Saskatoon for its annual meeting. Undoubtedly, premiers will talk tough or announce a new plan or promise to improve interprovincial trade. Sadly, given their poor record removing these trade barriers, we do not need to take our time machine into the future to know we are just going to get more of the same.