Speculation tax is hurting the 99% in BC, not just the 1% 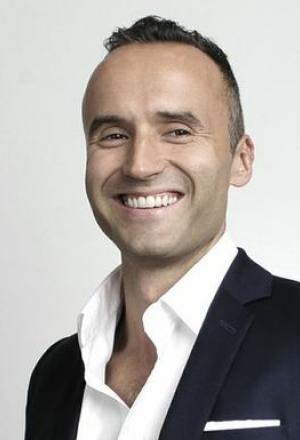 We are in the middle of a housing crisis in British Columbia. There’s no doubt about it. The B.C. government has the arduous task of reversing this predicament and it believes one of the ways forward is with a tax. B.C. Chamber of Commerce members believe there is a path to increased housing affordability — but the Speculation Tax isn’t the solution.

The intended goal of the Speculation Tax is to increase housing affordability by curbing foreign and domestic speculation and increasing the supply of housing throughout Metro Vancouver and in other designated regions. It sounds great on the surface, but this tax as it is currently designed will achieve the exact opposite outcome and will hit B.C.’s construction and tourism sectors hard.

The convenient sentiment seems to be that this tax will only impact “fat cat developers” and wealthy individuals with two homes and who, therefore, can afford to pony up the extra cash to cover the Speculation Tax. This isn’t the case. We are hearing from small- to medium-sized business owners across B.C. who are already feeling the ripple effect.

Take small business owner Ron Siccia, for example. He operates About Face Interiors, a painting company which employs 10 full-time staff and eight contractors, based out of Kelowna. “The uncertainty created by the Speculation Tax is already having an impact on my business, and the work for my contractors is dissipating,” said Siccia. He is genuinely concerned about how he will continue to generate work for his small staff in a shifting market.

Kelowna-based builder, Les Bellamy, is feeling the effects of the Speculation Tax, too. He’s the CEO of Bellamy Homes, a construction team of three and a support staff of three. Bellamy cites two project cancellations as a direct result of the Speculation Tax. “The first cancellation was from an Alberta family — it was a financial stretch for them to achieve their dream of retiring in Kelowna in the first place, but add in the Speculation Tax, and they just couldn’t make it work,” explained Bellamy. “The really unfortunate piece is that this family felt insulted and unwelcome in B.C. — these relationships are broken now.”

The last thing we want to do is slam the door on Canadians who have been working hard their whole lives to save and retire in B.C. It’s not good for B.C.’s — or Canada’s — brand. The outcome is less economic activity, less employment and, ironically, less supply in the housing market.

We also expect the travel industry to be hit on several fronts by non-provincial residents choosing to stay home. Tourism hotspots such as lakefront recreation, winery tours, the sale of fuel to travellers, and the airline industry — multiple homeowners in Victoria and Kelowna fly back and forth if not every weekend, at least monthly from Calgary, Edmonton and points east on non-stop Air Canada and other carriers. That traffic will decrease.

It isn’t too late to make this right. We adopted a policy resolution at our 2018 Annual General Meeting recommending the government eliminate the tax altogether, and if not, at least pause and publish a detailed economic study and establish key performance indicators which measure the tax’s performance against the government’s stated expected outcomes. Not surprisingly, this policy was submitted by the Kelowna Chamber, which represents one of the hardest-hit speculation tax catchment areas.

If the government won’t eliminate this tax, it needs to set metrics and benchmarks to measure the true economic impact of the tax. Both in creating affordable housing and in the lost jobs and wages in communities that lose summer visitors, that put people like Siccia’s painters out of work because a new development is cancelled. Once those clearly defined goals are achieved, the tax needs to be axed.

Housing affordability can be addressed while protecting B.C.’s economy. This won’t be achieved through imposition of punitive taxation, and the driving away of developments, but by focusing on creating the right balance of rental and market housing options. There is a path forward but the one we’re currently on isn’t leading to better outcomes for the 99 per cent in B.C.