Kelowna: Just weeks away from the Kelowna Chamber’s Business Excellence Awards gala, the Chamber has revealed the much-anticipated name of the Business Leader of the Year for 2021. Marion Bremner has had a long and distinguished career both in business, and in community involvement, from charitable and community initiatives to political involvement.  Bremner is currently the Manager of Meals on Wheels Kelowna.

“The Chamber is absolutely delighted at the choice of Marion as our 2021 Business Leader of the Year,” said Pamela Pearson, incoming President of the Chamber. “Her selection by our independent judging committee was unanimous, and what a stellar choice it is: I am honoured to announce her award during International Women’s Week 2022. The timing is serendipitous as the Awards gala was delayed from its late November 2021 date due to public health order restrictions.”

Pearson continued, “We are so pleased that a former Chamber president – and the first woman to fill that position – is being honoured and recognized. Reading through Marion’s accomplishments really puts into perspective how much impact a single individual can have on a community.”

Marion has lived in Kelowna since being transferred here by the Royal Bank in 1974. She has a son in Vernon who is a photographer specializing in Real Estate Photography and a daughter who graduated from Okanagan College with Distinction and works in Kelowna for Telus.

The Awards gala is now scheduled for Wednesday March 30 in Kelowna at the Delta Hotel by Marriott Grand Okanagan Resort and will feature not only recognition of three finalists and winners in each of 15 categories but culminates with recognition of Marion Bremner and her acceptance speech to the audience.

Business Leader of the Year 2021

Marion was born in Herbert, Saskatchewan, grew up in Didsbury, Alberta, and after graduating from high school moved to Calgary where she was hired in 1964 by the Royal Bank. She went on to work for the head office until being transferred by the Bank in 1974 to Kelowna.

Marion worked for the Royal Bank for sixteen years, from her start as a filing clerk through to Bank Manager in 1976. She was the second woman in the Okanagan to reach that rank with RBC.

Her first meeting as a member, a luncheon, coincided with the closing of nominations for Directors for the coming year. Marion observed there were no women nominees. This caused some concern; leaders agreed to open the floor to nominations of women in future elections. They invited Marion to put forward her name the next year. She did and got elected in 1978 as the first woman director.

When she arrived for her first Board meeting, which happened to be at the Kelowna Club, it was an exclusive men’s club, no women allowed. Meeting venues were quickly changed.

Seven years later (1985), Marion was successful in becoming the first woman Chamber President.  She initiated five-year planning and connected with then Premier Bill Bennett in support of the Coquihalla Highway, which was controversial at the time. She was also instrumental in getting the financial support of the City of Kelowna for marketing Kelowna through EXPO 86 in Vancouver.

Active in community service for six years, Marion ran for Mayor of Kelowna in 1984, being narrowly defeated by only 232 votes. Following a 1986 mayoral run in she ran successfully in 1988 for City Councillor. She was elected four times for a total of 11 years.

In 1990 she founded Habitat for Humanity in Kelowna and went on to become the first woman Chair of Habitat Canada (’92-’96) and Secretary for Habitat International (’96-’01) representing Canada, building homes with US President Jimmy Carter around the world.

Marion makes time to provide advice or to advocate where needed. In 2003 as the Lieutenant Governor for the Kiwanis Clubs of the Okanagan Region, she initiated the Kiwanis “Live and Let Live” in support of MADD, plus mentoring the Kelowna Metis Family Services Association in Board Development and Strategic Planning.

She created the City of Kelowna Book of Remembrance and Salute to all the Heroes during the shocking fire of 2003, partnering with ISCU and Capital News. Marion was a Finalist for Woman of the Year in 2004 and was a licensed REALTOR between 2004 and 2014.

As Lieutenant Governor of the Kiwanis Clubs (Div. 7) she set a record for the most trees planted simultaneously on May 5, 2005, with the Helping Hands Joint Reforestation Project, making it into the Guinness Book of World Records.   Marion was awarded the Queen Elizabeth Golden Jubilee Award for Community Service in 2012.

In 2000, the founders of Meals on Wheels came to the Kiwanis High Noon Club requesting that the Club take over the operation and responsibility of the program as its volunteer base was aging. The Kiwanis Club agreed to their request and hired Marion to manage the program. She continues to do so.

Since the start of the pandemic, the program has doubled the number of weekly meal deliveries. Its food provider, Chamber member Beet’N Boo’s Bistro and Catering has excelled in providing the necessary meals for the Meals on Wheels clients.

Marion jokes when she tells new volunteers that when they “sign up for Meals on Wheels, they are signing up for life”. Many long-time volunteers have 10, 15, 20, and 29 years of service.  Meals on Wheels was awarded the City of Kelowna Volunteer Organization of the Year Award for 2020. Marion says that she feels blessed to work with a strong Board of Directors and 60 plus volunteers.

Marion has a wealth of stories about Kelowna’s last forty years and is happy to share them. She is an inspiration to not-for-profit leaders throughout the Okanagan. 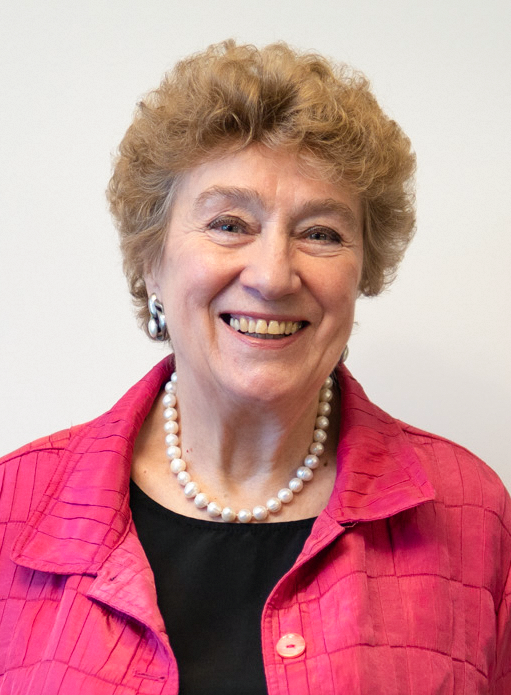