A new resolution was presented at the BC Chamber of Commerce Annual General Meeting and Conference, May 24-26 in Prince George called Harmonizing British Columbia's regulation of worker hours that won the unanimous support of the province's Chambers of Commerce. 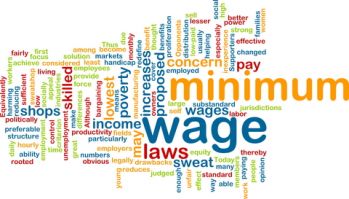 President of the Kelowna Chamber of Commerce Ken Carmichael felt that it was important that the Chamber attend this event to ensure that our local businesses' views are heard and understood at the provincial level, and that our local companies keep their competitive edge.

Part 4 of British Columbia's Employment Standards Act ("ESA") provides various conditions on employees' hours of work and overtime. Among other things, this legislation prescribes conditions on split shifts, hours before overtime applies and hours free from work each week.

British Columbia's ESA differs from Alberta's Employment Standards Code. As a result, businesses that operate in British Columbia and Alberta must abide by different regimes. Particularly in industries where there is close integration of operations across provincial borders, this causes complications in scheduling and payroll practices. Such complications are especially burdensome on small business.

By harmonizing British Columbia's ESA with Alberta's Employment Standards Code, the provincial government can ensure British Columbia businesses do not face the complications of dealing with multiple employment standards regimes and compete against Alberta business on a more level playing field.

If employers are dealing with this issue we advise them to be aware that the Kelowna Chamber of Commerce is calling on the Province to work with the Alberta Government to harmonize British Columbia's Employment Standards Act hours of work and overtime provisions with those in Alberta's Employment Standards Code prior to seeking  harmonization of employment standards with other provinces.