Jan 12, 2021
Nominations Now Open for Chamber Board of Directors

Kilo, a German Shepherd, is currently undergoing training.  He will be multi-purpose trained, but his mussel-sniffing career begins on July 1st at high volume stations as the boating season, and out of area boats are brought into BC waterways.

Steve Thomson was present at the press conference in Kelowna, along with Clark, and was joined by Kelowna Chamber of Commerce president Tom Dyas.  Dyas was effusive in his praise for the expansion of the program: “The Kelowna Chamber’s Policy Committee, in conjunction with our colleague chambers in the Okanagan, have fought long and hard for control of this invasive species, starting in 2014.  These new initiatives, which are the result of hard work by our local MLAs Steve Thomson, Norm Letnick and Christy Clark, and valley MLAs, will go a long way toward filling the gaps that allowed the species to get into our lakes and waterways.”

Premier Clark said, “Invasive mussels have spread to provinces and states throughout North America – but not yet in B.C., and we’re focused on keeping it that way.”  To support new stations and extended hours, 35 more officers are being added to a new total of 68.  Golden station will be open 24 hours, and the remaining nine stations will extend their hours to improve compliance.

The Kelowna Chamber led the charge on policy change with the provincial government in respect to a mussel identification and eradication program.  The Chair of its Policy Committee, Jeff Robinson, said on hearing the announcement, “We are thrilled to see this investment in the future of British Columbia’s fresh waters. With our partners at the Okanagan Basin Water Board, we have been pushing government to respond to the clear danger of invasive mussels since 2014. Though there remains more to be done, we congratulate our three local MLAs on doing their part to protect Lake Okanagan.”

All watercraft entering Canada from the United States will be screened by the Canada Border Services Agency, and intercepted if high risk.  In 2016, a total of 24,500 watercraft were inspected for invasive quagga and zebra mussels. 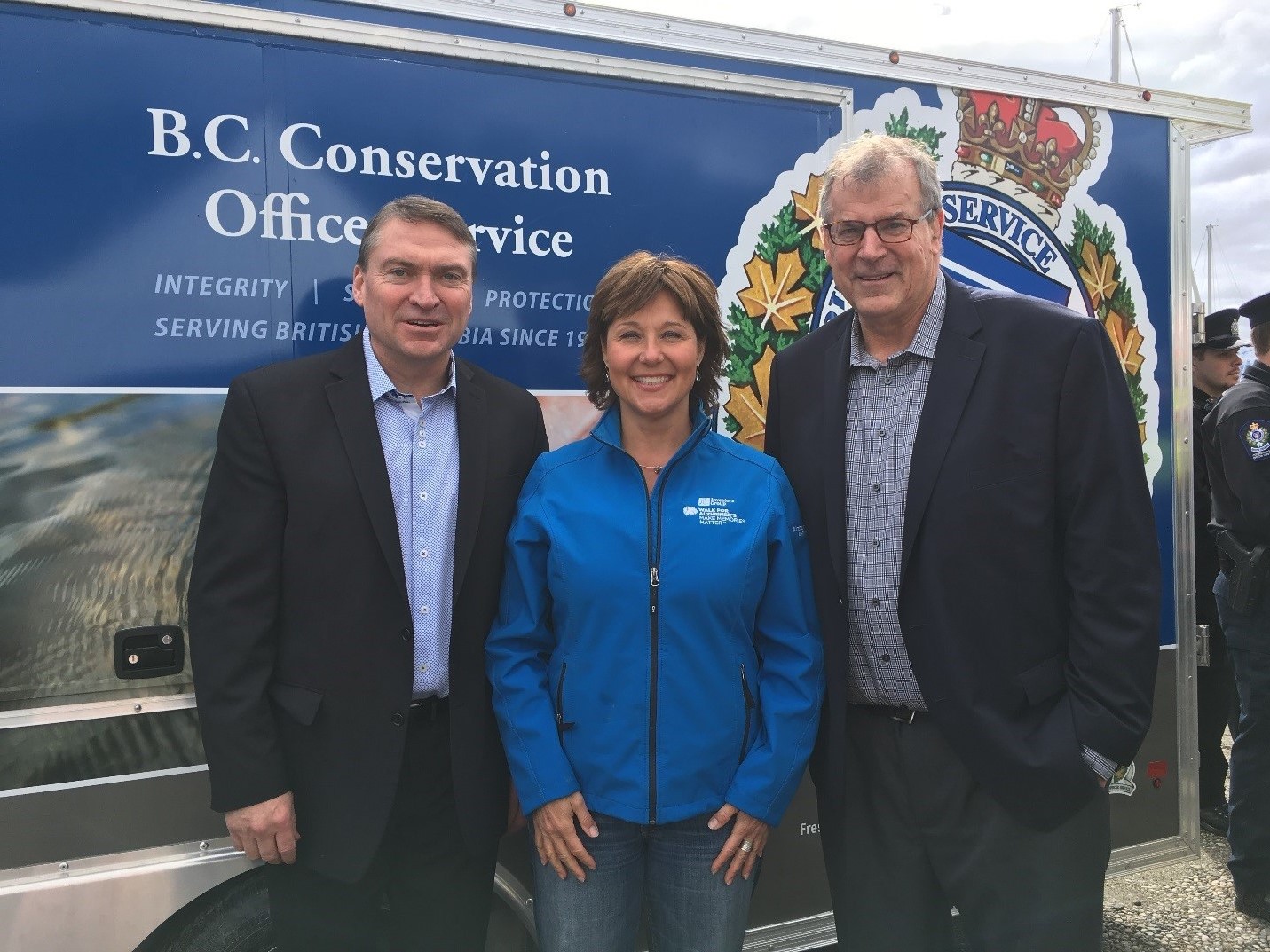