Jan 19, 2020
Satisfaction vs Loyalty: How to turn customers into promoters

Jan 14, 2020
5 minutes for Business - Economic Rewind: A Decade in Review from Canadian Chamber 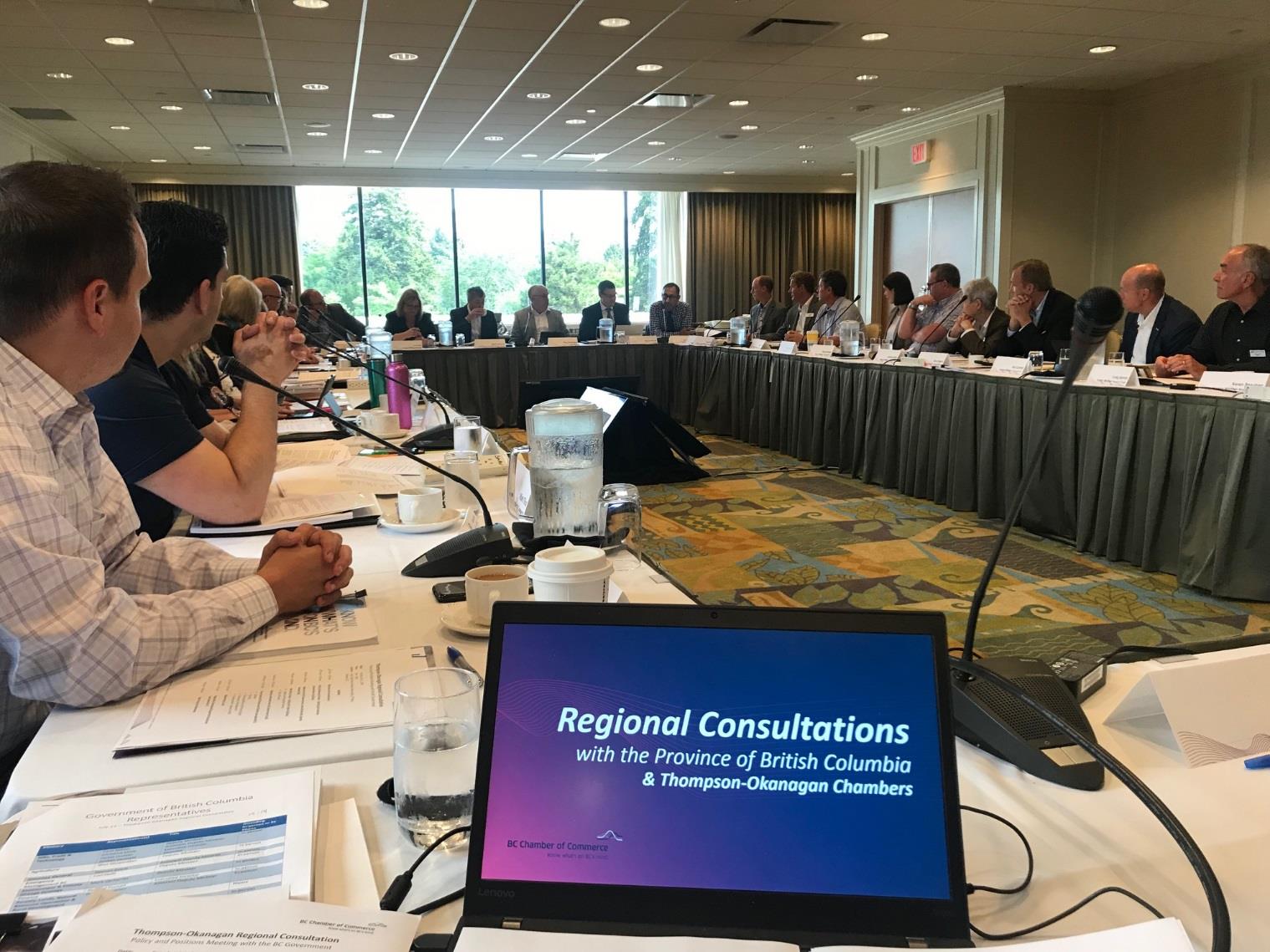 The Kelowna Chamber hosted senior officials from twelve BC Government ministries last week in the first ever regional consultation between the Province and the BC Chamber network. The day-long consultation session on Tuesday July 23 was the first of a series of regional meetings around the province that are meant to expedite discussion on critical issues impacting BC’s economy. In past years, policies and specific recommendations for government, adopted at the BC Chamber annual conference were forwarded to government with a request for written responses; a process that could take months to complete. These new regional discussions are meant to get to the heart of the issue faster. Eleven chambers from the Thompson Okanagan region plus the BC Chamber’s senior executive were also at the table.

“This new format – engaging face-to-face with Deputy Ministers and senior staff – and enabling immediate feedback created a meaty, substantive, intense day that moved the dial on a wide range of issues,” said Dan Rogers, Executive Director of the Kelowna Chamber. “Kelowna submitted eight policies to the BC Chamber in May 2019; all were adopted, and this was an immediate opportunity to bring our policies to the attention of the applicable ministry and know that the recommendations are now on the table in Victoria.”

Out of the Kelowna Chamber’s roster of policies adopted by the BC Chamber network over the past 14 months, several got singled out for significant discussion.

“Presenting our policies to government is a critical part of our network’s robust policy process,” says Val Litwin, CEO of the BC Chamber of Commerce. “We look forward to working collaboratively with government in the year ahead on numerous files for the betterment of all BC’s regional economies.”

“We look forward to hearing from our chamber colleagues as they engage with BC Government officials in these regional meetings. We are the largest and most influential voice for business in BC and representing our members’ interests here in the Okanagan is a key member benefit that our Chamber provides,” concluded Rogers.

The complete BC Chamber Policy & Positions Manual for 2019-2020 can be accessed online at http://www.bcchamber.org/policies